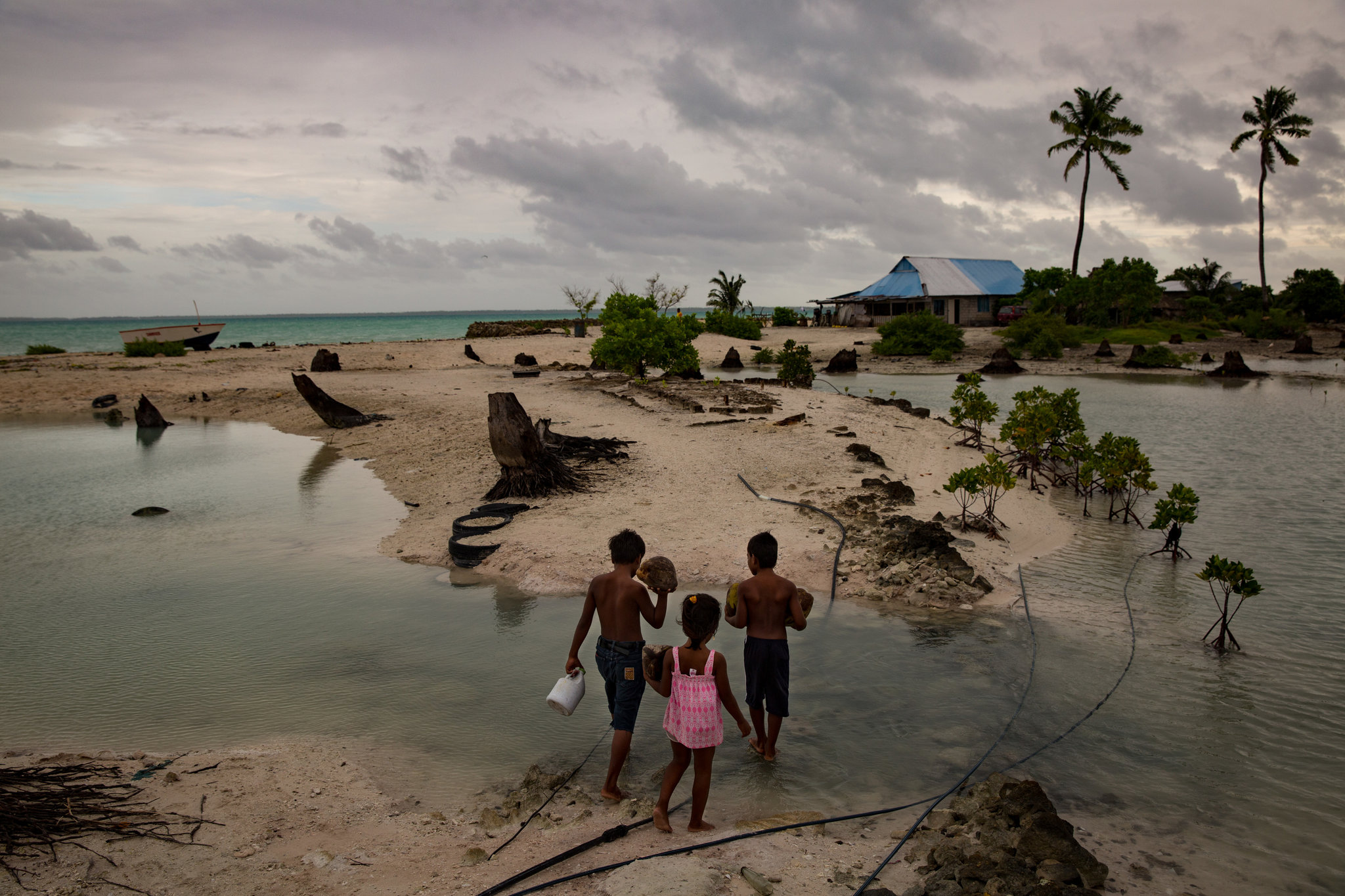 Residents of a village in South Tarawa waded through water during high tides that flooded the region, leaving homes isolated until the waters receded. Credit Josh Haner/The New York Times

TARAWA, Kiribati — One clear bright day last winter, a tidal surge swept over an ocean embankment here in the remote, low-lying island country of Kiribati, smashing through the doors and windows of Betio Hospital and spewing sand and debris across its maternity ward.

Beero Hosea, 37, a handyman, cut the power and helped carry frightened mothers through the rubble and water to a nearby school.

“If the next one is combined with a storm and stronger winds, that’s the end of us,” he said. “It’s going to cover this whole island.” Read more.

Bacteria, Methane, and Other Dangers Within Siberia’s Melting Permafrost