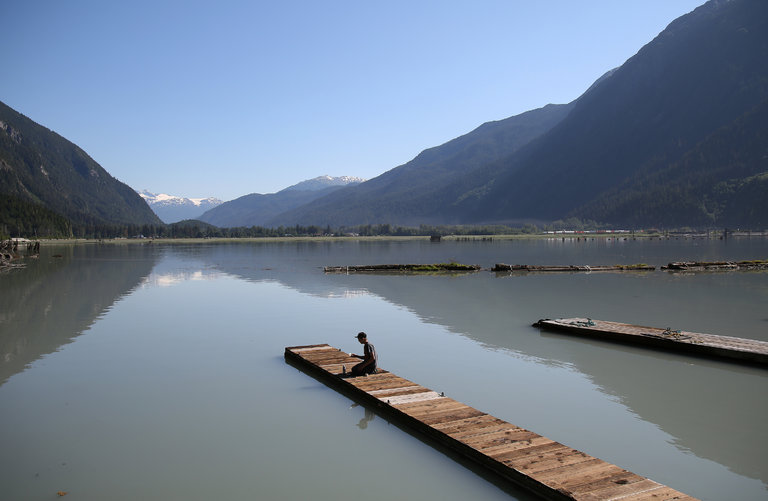 A Canadian man working on a dock in Stewart, British Columbia. The town is in the valley behind him. Stewart has an unusual fellowship with its American neighbor, Hyder, Alaska, which relies on many services from across the border, including electricity, and also uses Canadian currency. Credit Jim Wilson/The New York Times

HYDER, Alaska — If libertarians had an earthly paradise, it would probably be here in Hyder, Alaska. Separated from American governments and bureaucracies by immense wilderness, Hyder has no property taxes or police, and citizens can carry firearms openly. Yet the village, wedged between two Canadian borders, has long relied on neighboring Stewart, British Columbia, for groceries, electricity and other services.

So July 4 might be called Interdependence Day here. That’s when Canadians cross an unguarded United States border into Hyder and continue the Canada Day party that begins on July 1 — and that the Yankees heartily join.

In Hyder, the celebration includes a pet parade (“people dress ’em up and walk ’em down the street”) and an ugly vehicle contest (“they have to run, and that’s about it”). There is also a competition known as the Bush Woman Classic, in which women — and a few men in drag — must chop wood, flip a pancake, catch a fish (in a bucket), shoot a water gun at a man in a bear costume and then apply lipstick on the way to the finish line. Read more.