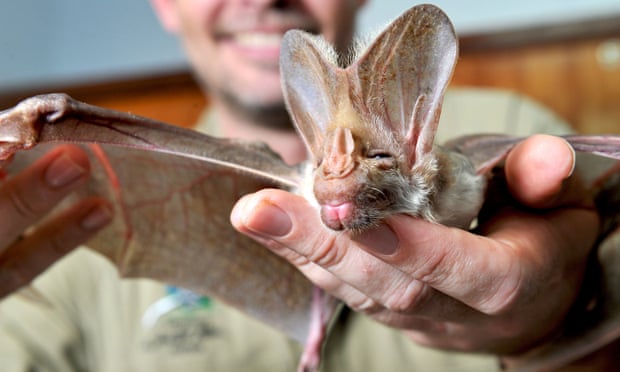 A ghost bat bats receives a medical check-up in Darwin. Ghost bats are native to Australia and are named for the extremely thin membrane of their wings. Photograph: Katrina Bridgeford/Newspix/REX

Nearly 50 new species of flora and fauna have been added without fanfare to the federal government’s list of threatened species, including nine that are critically endangered.

Among the species to be added to the list under the Environment Protection and Biodiversity Conservation Act were the brush-tailed bettong (endangered), the three-toed snake-tooth skink (vulnerable), the swift parrot (upgraded from endangered to critically endangered), and several types of orchid and albatross. Read more

A New Weapon in the War on Weeds: Flamethrowers﻿

Who is the 'Ivory Queen'?