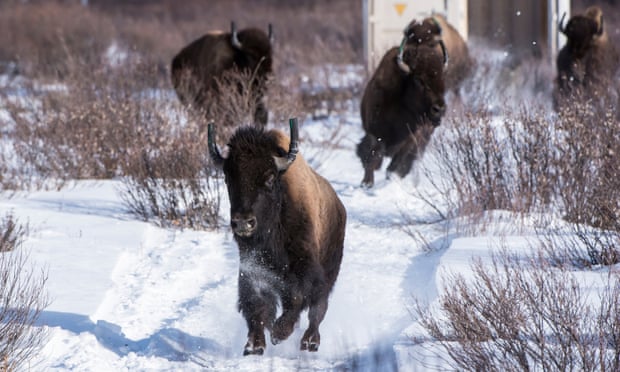 Canada has reintroduced a herd of plains bison to the country’s oldest national park in Banff, Alberta, officials said on Monday, more than 130 years after the North American animal last grazed the eastern slopes of the Canadian Rockies.

The conservation team moved 16 bison from a protected herd in central Alberta into an enclosed pasture in Banff national park in the west of the province last week. Read more.

Baby ants have a host of unexpected superpowers