Flying for 10 Months Without a Layover 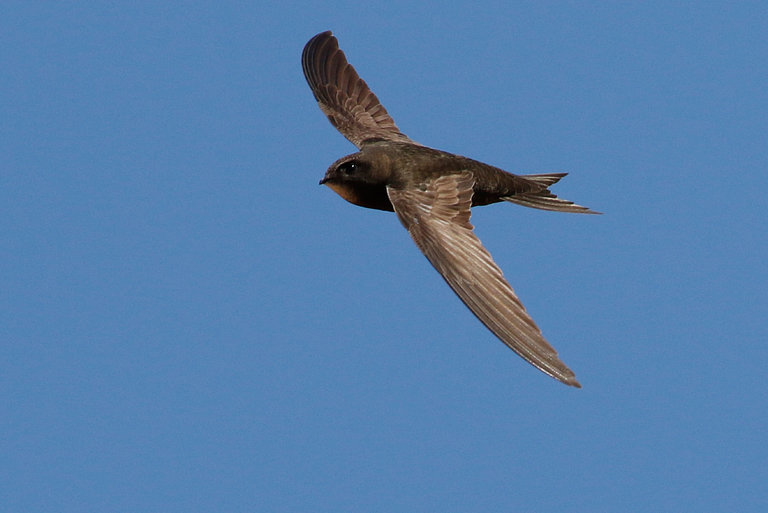 Common swifts can stay aloft for up to 10 months, researchers found. They even mate in the air. Credit Noel Camilleri

The common swift is a bird shaped by and for the air. In flight it looks like a crescent moon, with just a hint of head and a tail that, when spread, echoes the curve of its wings.

Scientists have now confirmed that it can spend up to 10 months in the air without landing. Only when it makes a nest does it need to come to Earth. It can even mate during flight.

Anders Hedenström, a biologist at the University of Lund, and his colleagues determined how much time swifts spend in the air by capturing them in southern Sweden, where they summer and nest, and attaching micro data loggers. They reported their findings in Current Biology. Read more.