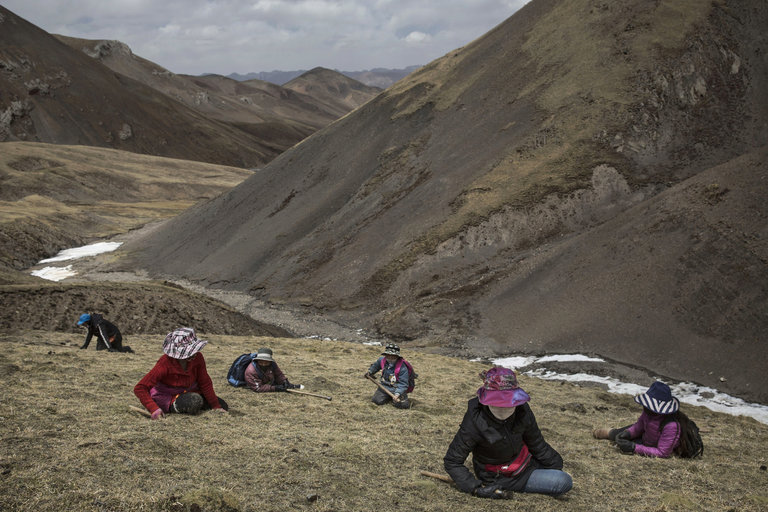 Harvesters crawled while picking caterpillar fungus on the Tibetan Plateau in May. The caterpillar fungus, also known as yarsagumba or Himalayan Viagra, thrives in high altitudes with low temperature. Credit Kevin Frayer/Getty Images

BAGDANDA, Nepal — From a pasture high in the Himalayas, Tulsingh Rokaya, 55, a shepherd, watched for years as the number of itinerant harvesters swelled.

They came in search of what is known as caterpillar fungus, or yarsagumba in Nepali. A parasitic fungus, it forms out of the head of ghost moth larvae living in the soil at altitudes above 10,000 feet, and has been used as an aphrodisiac for at least a thousand years, earning it the nickname Himalayan Viagra. Read more.

“The mountains are calling and I must go.”