How Lightning Can Kill 300 Reindeer With One Strike 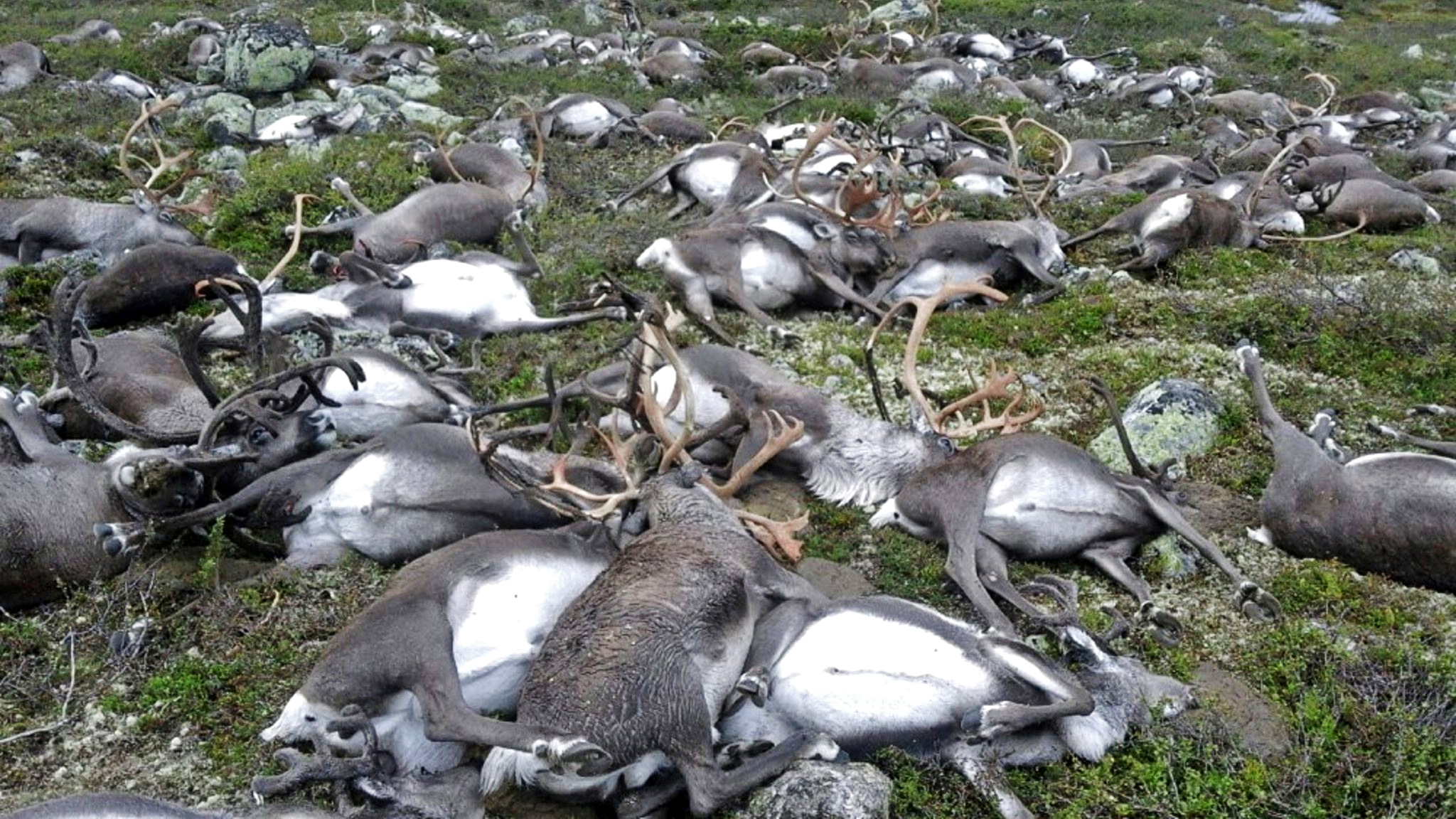 Last Friday, Norway’s Hardangervidda mountain plateau looked like what would happen if Miguel Sapochnik directed a holiday TV special. More than 300 reindeer corpses were found piled up and strewn across the mountainside, in a natural massacre that Norwegian officials are calling the deadliest lightning strike in their country’s history. Of course, lightning strikes are not uncommon, nor are animals getting killed by them. Sheep, cattle, bison, geese, elephants, and even seals have been struck down by the dozens. So it’s really the scale of the Norway event that is puzzling experts.

At this time, the Norwegian Environmental Agency has not released details of the investigation, but some scientists are formulating a few theories of their own. And they all involve some very basic principles of electromagnetism. Read more.

The lions of Nairobi National Park are escaping to the suburbs