Hounds hot on the heels of poachers in rhino country

Tracker dogs trained on human scent are the latest weapon being used to help catch criminals in South Africa’s Kruger national park, the epicentre of the rhino poaching epidemic 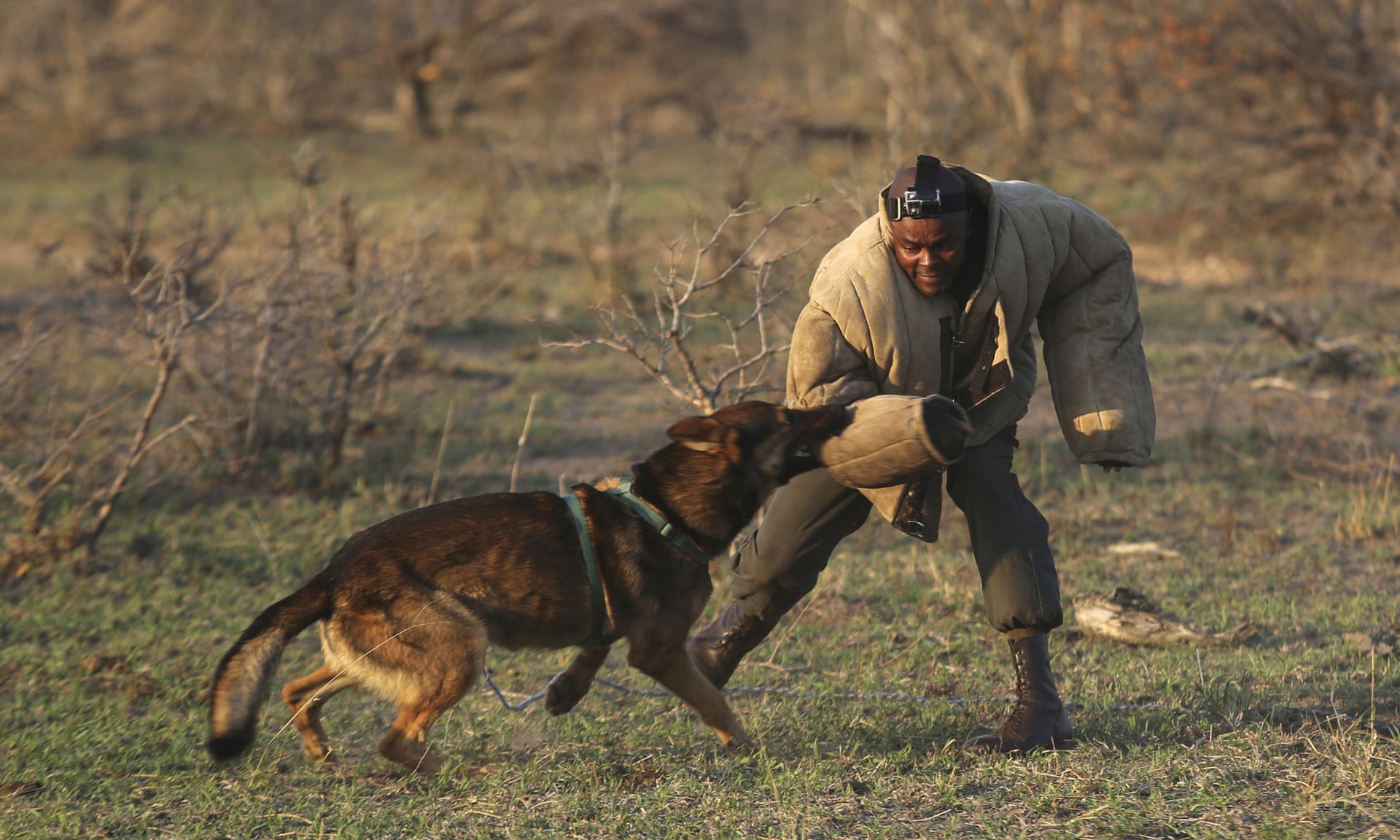 Dog handler, Wisdom Makhubele is attacked by a dog during a simulated tracking exercise on the edge of Kruger national park. Photograph: Denis Farrell/AP

“I am ready to die for conserving the rhino,” says Wisdom Makhubele. But the brave young ranger now has another weapon in the war against rhino poaching: the extraordinary nose of tracking hounds.

The trained dogs can run poachers to ground far faster than people, sometimes even being set free in packs and followed from helicopters. The new canine training unit at the Southern African Wildlife College (SAWC), near Acornhoek, opened earlier this year and dogs have already brought armed poachers to heel in Kruger national park, the epicentre of the rhino poaching crisis. Read more.