In Narcisse, Around 75,000 Snakes Are Waking Up From a Nap 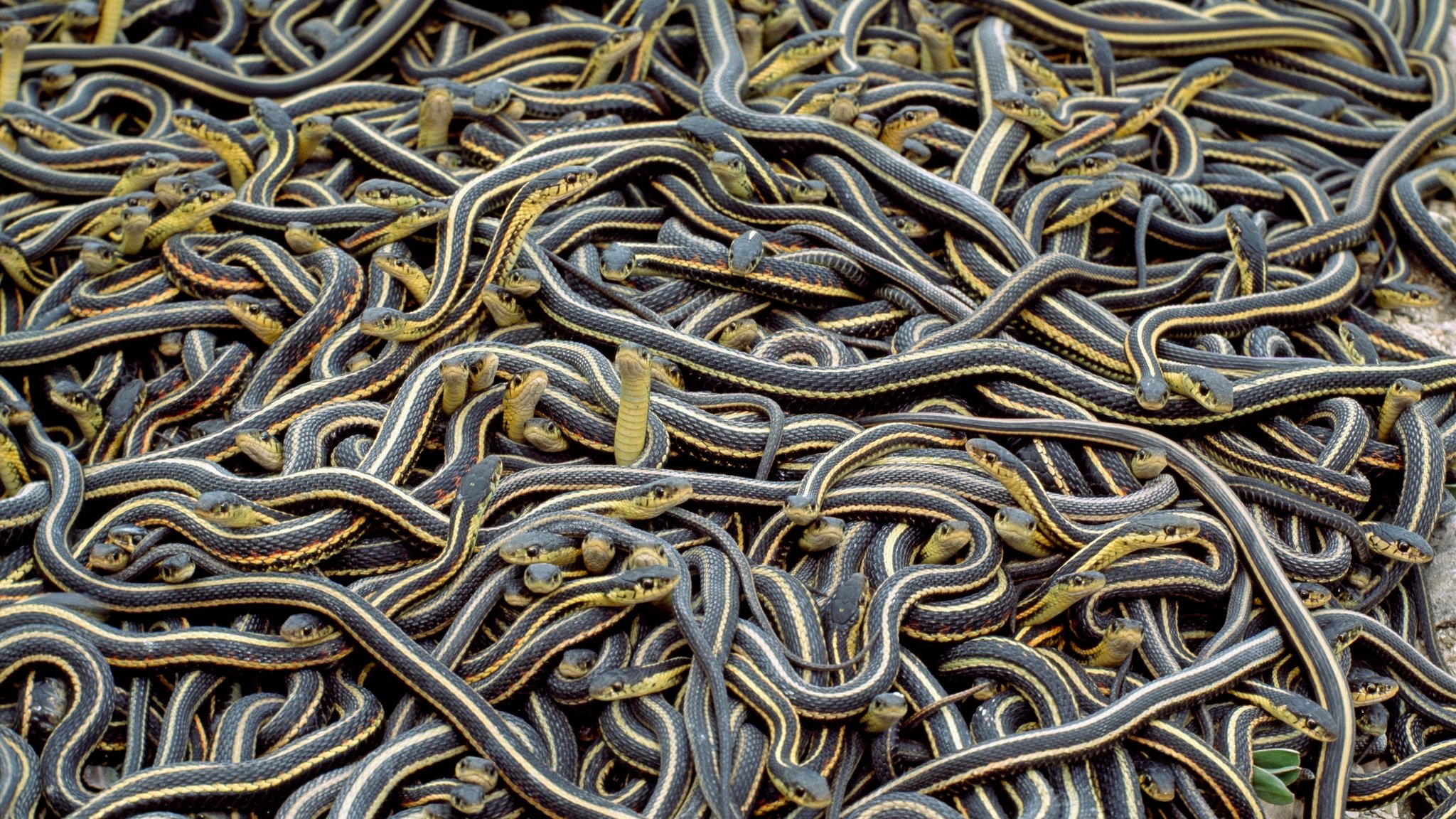 Red-sided garter snakes. Upon emerging from their eight-month slumber, they get down to the business of mating. At times, the ratio of males to females is 10,000 to 1. Credit Norbert Rosing/Getty Images

A slithering carpet of 75,000 snakes in a space the size of a living room. It’s hard to imagine wanting to get close to such a scene, but every year it happens, and visitors from around the world attend the unusual reptilian display in the remote hamlet of Narcisse in Manitoba, Canada.

The peak of the “emergence,” as the province’s website calls the unusual event, is expected this weekend. Over the past week and a half, guests to the wildlife area have had hints of what’s to come. Thousands of red-sided garter snakes have gradually awakened from an eight-month nap in their subterranean limestone lairs. They tumble about the craggy landscape in tangled knots with a singular focus: reproduction. Read more.

What’s the Most Painful Sting?